Duo the owl is much more than a cute cartoon owl that Duolingo users encounter while using the app – he’s a complex character with a huge social media following. Here’s a glimpse into how the language education app leaned into a meme trend to become a hit on TikTok.

Many people know the cute, cartoon face of Duo the owl from the popular language education app Duolingo. But on social media, he’s a six-foot-tall mascot with a fully-fledged personality – and he’s been helping the brand win millions of followers.

In a recent poll of 500 Americans conducted by The Drum and YouGov, Duo was selected as one brand mascots of all time. (He tied for tenth place with the Cinnamon Toast Crunch Cinnamojis). That’s fairly incredible, considering Duolingo isn’t known for running high-budget Super Bowl ads. But it makes sense when you look at the brand’s social media following: its official TikTok account currently has a little under 5 million followers.

Most of Duolingo’s TikTok content features Duo – or rather, someone wearing a Duo costume – getting into all kinds of hijinks in the company’s offices, and sometimes out in public. He contains multitudes. Sometimes he’s cute and fun-loving: in one TikTok from August, for example, Duo is dancing alone to Abba’s Gimme, Gimme, Gimme beneath the text: “ladies if a rando asks for your number at a club, just Venmo yourself $5 from his phone. Stay toxic.”

At other times he borders on psychopathic, chasing people down for ignoring their language lessons or using Google Translate: a video from April shows grainy security camera footage of Duo accosting someone in a parking lot and shoving him into a windowless van, before turning around and looking directly into the camera.

Duo’s TikTok persona was inspired in large part by a meme trend that kicked off in 2019, which poked fun at the app’s relentless notifications reminding users to complete their daily lessons. In the memes, Duo became a cold-blooded and calculated (but always smiling) villain who would go to virtually any length – including threatening to kidnap your family – to get you to open the app and study a foreign language for five minutes.

The memes are generally lighthearted, but some of them are borderline violent. (One meme, for example, shows Duo holding a cleaver with the text: “Time to learn how to scream for help in Japanese.”) Starting shortly after the memes took off, Duolingo began an effort to lean into the trend while maintaining a balance between intensity and fun. For April Fools’ Day in 2019, the brand announced ‘Duolingo Push,’ a new feature that was just the physical, giant Duo finding you out in the world and staring at you menacingly to remind you to open the app.

Much of Duolingo’s recent success on TikTok, and the development of Duo’s “personality,” can be credited to Zaria Parvez, the company’s social media manager. Parvez, who joined the company fresh out of college in 2020, says that it was her job to take those playful, self-effacing themes that had developed around the character of Duo, “and translate it to a newer, younger audience through TikTok.”

Duo is much more than the symbolic face of Duolingo; he’s a deeply fleshed-out character that her team has gone to great lengths to bring to life. “We really have it down pat internally on our social team [in terms] of who Duo is, what Duo believes, his likes, his dislikes, the way he presents himself,” says Parvez. “A big thing for Duo that we always like to say is that he has almost this childlike innocence to him. He will do anything just for you to do your lesson. And that almost makes his passive-aggressive [behavior] seem excusable. That has really worked across our social channel … a lot of it comes with intuition, and a lot of it was testing and learning.”

The Duo team pays close attention to comments on the brand’s TikTok account, using them to inform ideas for the future. “We’re very community-driven,” Parvez says. “We essentially give the people what they want.” 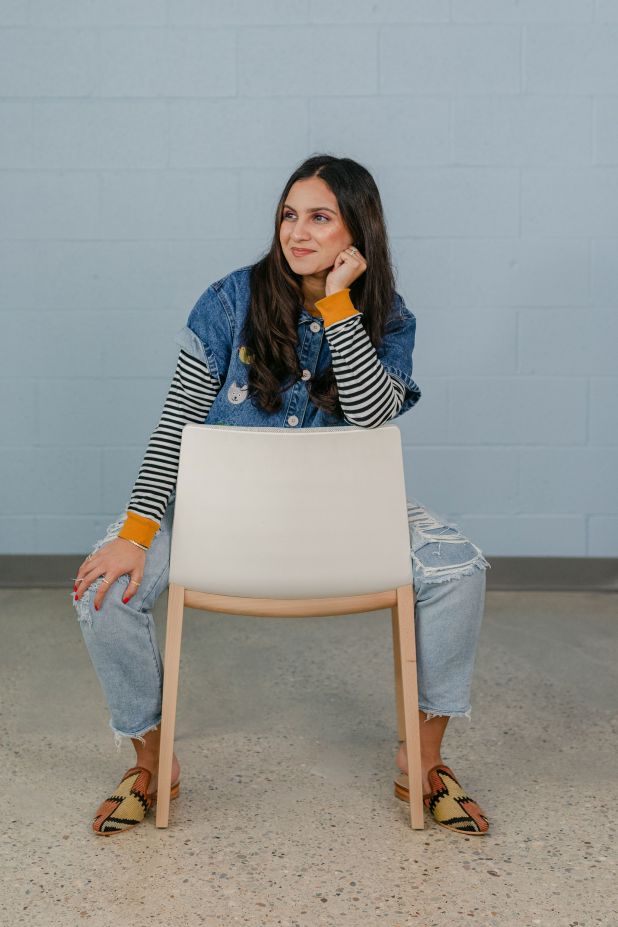 When she isn’t perusing social media for creative inspiration or strategizing content with her team, Parvez can often be found filming content for TikTok around Duolingo’s offices; she says it’s become something of “a badge of honor and a right of passage” for an employee to wear the giant suit and star in a video.

Perhaps the most striking aspect of Duolingo’s hugely popular TikTok account is the fact that none of it feels like marketing – it doesn’t come across as a brand pushing you to buy its product, even though there’s literally a giant owl whose whole shtick is threatening people into using Duolingo. That, Parvez says, has been “the secret sauce” behind the brand’s success on social media.

“Humans don’t like advertising,” she says. “A normal consumer, quite frankly, doesn’t really care about your brand. They’re just looking for emotions to feel whenever they see content – and that can be funny, it can be disturbing, it can be informative. The more we accept that it’s OK to break free a little bit, have fun and be okay with experimenting, the more access there is to success, into virality and into truly engaging with communities … we just try to think more like an actual consumer versus what we think consumers want.”