FTX, Uber Eats, Ikea, Balenciaga and #vaxthenation: the best ads of the month

After a busy month in creative, The Drum rounds up the best ads that arrived in September.

Lil Nas X is proving to be the resident golden child of the ad world, as his latest spot with Elton John for Uber Eats premiered this month. Other celeb appearances in ads this month include husband and wife duo NFL quarterback Tom Brady and supermodel Gisele Bundchen, who starred in a $20m campaign to endorse cryptocurrency exchange platform FTX.

The humorous ad, by newly-appointed agency DentsuMB, was rolled out during the highly-anticipated opening game of the football season between opponents Tampa Bay Buccaneers and the Dallas Cowboys.

The spot marks the first of a series of long-form videos tapping into sports culture, with the aim of bringing cryptocurrency to the masses. To score with American audiences, DentsuMB played on some of the most intense rivalries in the NFL, from a cameo by famous New York Jets superfan FiremanEd to the love/hate relationship New England fans have with the seven-time Super Bowl champion.

The attention-grabbing out-of-home (OOH) execution saw a Balenciaga-wearing Fortnite favorite Doggo looming larger than life over the sidewalks, bringing the partnership to the physical world in a very entertaining and potentially somewhat jarring way.

Running as part of a wider campaign, the fashion brand and Epic Games, which developed Fortnite, have painstakingly scanned materials and clothing from all directions for an authentic depiction of the brand aesthetic within the gaming world. Players wishing to look their best will be able to drop into a virtual Balenciaga store showcasing digital attire, which can be purchased directly or unlocked via a physical purchase.

Elsewhere in retail, Ikea blurred the line between reality, fiction and advertising in a series created by McCann Spain in celebration of Ikea’s 25th anniversary in the country. During the show, a group of young contestants lived together 24/7 and were left to their own devices in a house that could be straight out of your favorite throwback sitcom.

The retro set was modeled on a typical Spanish home from the 90s and stripped of all the usual Ikea slick and practical homeware, such as its famous storage solutions and airy duvets. The bedding is itchy, the bathroom is way too small for any kind of beauty routine and the telephone is practically an unknown object.

“It’s the first time that Ikea has made a campaign in the format of a reality show,” says Laura Durán, marketing and insights director, Ikea (Spain). “The goal was to show in a humorous way how Ikea’s products have democratized design, marking a before and after in Spanish homes since its arrival in 1996.” 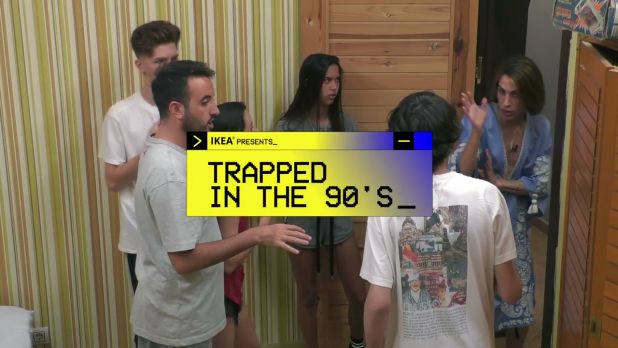 Finally, Australia is presently battling the Delta variant of Covid-19 as major cities including Sydney and Melbourne battle record cases, despite weeks of lockdown. Yet while the country fights to overcome the spread, vaccine hesitancy is concerning medical experts.

An industry hit hard by the pandemic, the Australian music scene was dealt another blow on September 4 when the chief exec of Live Performance Australia warned that live events will not return until 85% capacity was permitted by state governments.

With the knowledge that any commercial event, be it musical, theater, concert or festival, can’t operate financially at less than 85%, the stars of the music industry joined forces on a pro-vaccination ad campaign starring Tim Minchin, Jimmy Barnes, Amy Shark, Paul Kelly and Hilltop Hoods.

For more creative news, please visit The Drum’s new creativity hub on the website or drop in at The Drum’s Creative Works – the home of creative from all around the globe. You can also subscribe to The Drum’s creative newsletter or browse our round-up here.