Creative Works: 10 of the best ads of the week from Adobe to Oddbox

This week, Adobe has teamed up with award-winning rapper Little Simz in its latest campaign titled ‘Love The Journey’ to inspire young people from minority ethnic groups to choose a creative career, despite the boundaries they may face.

Physical, attitudinal and cultural borders can act as barriers to opportunity, and HSBC wants to overcome these hurdles with its new campaign featuring British comedian Richard Ayoade.

However, food insecurity can be an even greater issue across society, as we have seen in campaigns this week created for Oddbox, Concern and Chefs in School. These campaigns all address issues of hunger, food security and shortages in their own unique ways.

ASOS: As Seen On Screen

Asos, one of the world’s leading online retailers, has unveiled a broad reach, multi-territory advertising campaign. Targeted at Asos’s core twenty-something female customers, the three-month, seven-figure, high-frequency activity will run across VOD, social and programmatic channels in the UK, France and the US.

Developed by Asos Creative Lab, The Sunshine Company, Byte London and Smuggler Productions, the campaign centers on an evocative ad directed by Ricky Saez, which shows style lives being lived in different contexts and countries, from behind the scenes, out on the streets and the spaces in between. Celebrating how fashion inspiration comes from everywhere, it reaffirms Asos as relevant and inspirational during the key peak shopping period.

The ad will be deployed across international video-on-demand (VOD) and via social channels. Here, a renewed interpretation of Asos’s founding ‘As Seen On Screen’ idea of fashion inspiration and access is brought to life, transitioning between the phones of the talent featured in the creative, including up-and-coming musician Sasha Keable, philanthropist Eva Apio and activist Gabrielle Richardson, aka Frida Cash Flow.

Vote for the ad here.

The campaign was produced in collaboration with preeminent photographer and creative director Mark Seliger, with looks curated by costume designer and stylist Arianne Phillips. Set to the title track of Strut by Lenny Kravitz, ‘LeeOriginals’ celebrates and encourages those who push boundaries through creativity, ingenuity and hard work.

The digital-first campaign was placed by Lee’s media agency, Tinuiti, and will launch on streaming, YouTube and digital channels on October 4 as well as across Lee’s social media channels and e-commerce website. A curated out-of-home (OOH) experience in collaboration with creative agency Noble People will target specific creative neighborhoods – SoHo, Williamsburg and Bushwick – across New York City.

With world attention turning to Cop26 in just a few weeks, UltraSuperNew Tokyo has just launched ‘Haters Gon Hate’ for Greenpeace Japan – a social campaign to drive change and educate people about the future of mobility in a zero-carbon society.

With a satirical script laid over a cinematic live-action film, the campaign gives us a glimpse of future carbon-free mobility solutions in a green-filled urban utopia where everyone is happy.

Adobe has teamed up with award-winning rapper Little Simz in its latest campaign titled ‘Love The Journey’ to inspire young people from minority ethnic groups to choose a creative career.

In the short film, Simz pens a heart-warming love letter to her mother, her number one fan, thanking her for nurturing her, being part of her journey and giving her the tools to reach her dreams.

The spot was directed by Lainey Richardson at Caviar, with the help of global communications company Ketchum London, and explores the challenges that come when considering a career in a creative field and how supportive relationships can be beneficial in overcoming concerns and hurdles.

Physical, attitudinal and cultural borders can act as barriers to opportunity, and HSBC wants to overcome these hurdles with its new campaign featuring British comedian Richard Ayoade.

The new spot, created by Wunderman Thompson, marks the launch of the bank’s new global purpose drive and explores how society can overcome certain hurdles and create new possibilities together.

McDonald’s is putting a lot less ‘me’ and a little more ‘we’ into its iconic tray with the help of TBWA\Belgium.

Throwing practicality to the wayside, and celebrating the fact that eating inside is a little safer again, McDonald’s Belgium teamed up with the creative agency to create a 10-foot long tray designed for communal dining.

Appropriately named ‘the very very very very... very long tray’, it gives those longing for a Big Mac after the dark days of lockdown the perfect excuse for a fast-food get-together. 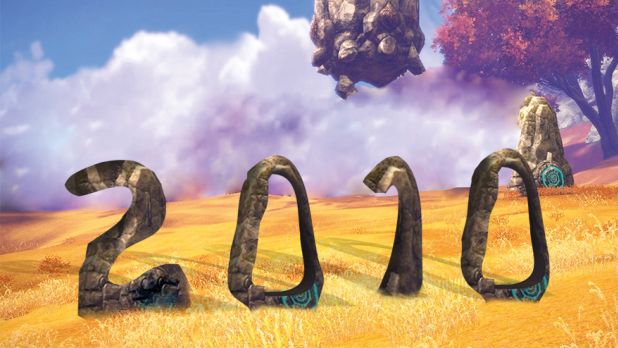 For the past few weeks, French children born in 2010 have become the target of insults, harassment and cyberbullying, forcing even the French minister of national education Jean-Michel Blanquer to react in an attempt to end this malicious trend of bullying.

If this #Anti2010 movement (already with 40m mentions online) could be birthed in the universe of online video gaming, then that’s where it must end too. By turning these games into a place where the 2010s are celebrated en masse, it allows those affected to regain their pride.

In partnership with Les Papillons, an organization that fights against child abuse, Burger King is asking all players to pay tribute to their fellow gamers born in 2010 to pledge their support however they can (tagging, writing, building...), on any online game, and to share it on Twitter with the hashtag #ThanksThe2010. Every time they do, Burger King will thank them with a Whopper. To mark the UN International Day of Awareness of Food Loss and Waste today, food waste fighting company Oddbox has applied for its ‘newly-founded country’, Wasteland, to become a member state of the UN to make people sit up and understand the role that food waste has to play in climate change. Wasteland comes as part of Oddbox’s new integrated campaign, working alongside Splendid Communications.

Oddbox has taken on the role of lead spokesperson of Wasteland and, if the country’s letter of application to become a UN member state is successful, Oddbox would use its seat at the table to call on world leaders to help achieve four key aims in pursuit of halving food waste by 2030, addressing issues at every stage of the food supply chain.

Concern: Nothing Kills Like Hunger by Don’t Panic London

While we typically associate conflict with guns and weaponry, children living in conflict areas are more likely to die as a result of hunger and related diseases than fighting. Collaborating with creative agency Don’t Panic, Concern Worldwide have released the second video in their ‘Nothing Kills Like Hunger’ campaign called ‘Lucky Ones’.

For decades, it looked likely that the fight to end global hunger could be won. But over the last five years, acute food insecurity – the most urgent form of hunger – has been on the rise, primarily driven by conflict. Of the 820 million people currently food insecure, 60% live in conflict zones.

Don’t Panic’s task was to create a new campaign proposition to sit across Concern’s organization, resulting in ‘Nothing Kills Like Hunger’, which both breaks existing narratives of victimized program participants, and engages new supporters in Concern’s programs on the ground, which are addressing conflict-driven hunger.

Chefs In Schools: Do You Give A Sausage? by BBH

Culinary stars and food campaigners including Prue Leith and Tom Kerridge are backing a campaign to highlight the importance of quality school meals as part of the UK-wide Chefs in Schools initiative.

Chefs in Schools partnered with BBH London to develop a platform idea and new brand world that speaks to the organization’s key audiences of parents, teachers and politicians. The new tone of voice and visual identity embody a revolutionary tone, demanding to be heard in a playful, positive manner.

The campaign centers on a new film, created by BBH, which is fronted by children who want us all to “give a sausage” about what’s on their lunch plates, because “feeding us well at school feeds a better future.”