“My obsession started at 15 when my grandmother took me to the glamorous beauty hall Lord and Taylor in New York. Until then, my mother just took me to Boots for cold cream for my acne. It was day and night. I thought, ‘my God, this is beauty. There are solutions!’,” recalls Trinny Woodall, TV presenter, beauty and style blogger, and the face and founder of Trinny London, one of Europe’s fastest-growing DTC startups.

Forcing traditional beauty giants to rethink how they operate, within one month of launching Trinny London in 2017, the brand made £1m in revenues and has been growing ever since. Now valued at £180m, what’s her secret formula?

After gaining prominence writing a style column in a weekly newspaper in the early noughties, Woodall became a household name as one half of the brutally honest ‘fairy godmothers’ Trinny and Susannah. It was during the five seasons of the popular show What Not to Wear that Woodall developed a thirst for helping women become the best version of themselves, inside and out. “All my makeovers, all that stuff I did for 20 years, I realize was for what we’re building today, Trinny London. It all came together. It’s nice to be a magician, from years of experience meeting women.”

So how did a department store frequenter and TV show host come to open a digital-first beauty brand, stationed miles away from the shop floor? “When I was building the principles of what the brand should be, it was based on the women I was making over,” she explains, recounting how during their transformation, they would share their experience of what they found difficult. And the beauty counter was high up on the list. “Thousands of women have walked out of a department store in certain lighting, with an orange foundation,” she laughs. “My mission was: how do I deliver amazing makeup to women, which suits them?” The best way, it turns out, was online as it allowed them “to take out anyone in the journey who could give false information”. At the heart of Trinny London’s strategy is a sophisticated algorithm, Match2Me, which is a personalization tool that lets customers find makeup tailored to their unique combination of skin, hair and eyes in five simple steps.

As part of the beauty brand’s plan to offer a custom-made experience to every shopper, the Match2Me leads them to a ’Lookbook’ personalized page, where they’ll get served pictures of women that are close to them in skincare terms. To create the page, the brand works with 160 non-professional models, ranging from age 18-83, with skin tones from alabaster to ebony. And each has their own makeup look to inspire others.

“When you look at that personalized return page, you get women who look like you. That’s the least that we should be offering as beauty brands. If you manage to give them proper advice and get the colors right, that’s an instant level of trust that you’ve created.”

And trust is the very core of her brand. Not just in the way the brand bridges the gap with its customers, but through Woodall’s regular short-video content series, such as ‘Closet Confessions’ and ‘Makeup of the Week’, which features the brand itself as well as recommendations across other verticals, from skincare to fashion and wellbeing.

“It’s very important in the age that we live to be totally honest and upfront about things. That comes in when you’re doing live. So for me as the founder and the face of the brand, both internally to my team and externally to the community and broader customer base, I need to be leading and inspirational. And I need to be really honest because that’s the only way you gain trust.”

Perhaps the most unique element of the beauty brand's organic content strategy is the ‘Trinny Tribe’ – a group of fan-created Facebook Group communities, each comprising tens of thousands of people around the world, joined together by a mutual love of Woodall and the brand.

The welcoming environment is built on mutual trust, with group rules that state members should be kind and courteous and respect everyone’s privacy. “We became aware of it while searching on Facebook. And we got in touch to say this is fantastic, would you like a logo to make it easier to identify a Trinny Tribe?” she recalls. “Then we called the admins on the various Facebook pages ambassadors because they’re so helpful. It’s all no money exchanging hands. It’s just mutual love. They’re supporting us by chatting about Trinny London, it’s that yin and yang.”

Woodall’s success has been aided by the fact that the DTC-focused model has become attractive to customers in the midst of a pandemic. Except for a Selfridge pop-up, the only in-store experience Woodall has embarked on is four counters in Fenwick department stores across the UK. Like other DTC darlings, including Glossier, will Woodall open up a physical store?

“When you’re a digital-first brand, you know the benefits. I look at all these successful digital beauty brands, they feel like they’ve hit the ceiling and go into retail. There’s a point where DTC thinks it needs to be in retail. They’ve built their success in DTC, and they want to go old school.”

Instead, she says she is trying to figure out what retail should be, that’s more than just a shop. “When I’ve got that formulated in my head, then I’ll look at what we do in retail.” 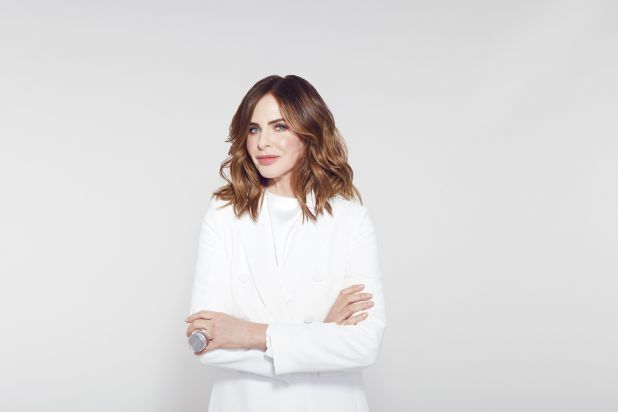 Before Woodall launched her beauty brand in 2017, she always imagined that it would be this destination, predominantly for women who wanted things to be carefully curated to themselves as individuals.

So while makeup is the first vertical, Woodall has plans to expand this personalized shopping experience further, with four more areas. “One of which is out of my head and on the table and in development, the other is just coming out of my head to the innovations lab. Within that more female beauty-ish, and the expansion of that.

“If it’s online it should be very personal. The site needs to know what you need and is even developing products because of that. In a retail environment, it’s a place you go that’s more than a shop. Retail had to be more than a shop now to survive. We just need to figure out what that might look like.”

For more on the reinvention of retail, check out The Drum’s Retail hub, where we explore everything from livestreaming e-commerce to AR shopping and conscious consumerism.