Creative Works: 10 of the best ads of the week from Freda to Formula E

The Guardian is celebrating its 200th anniversary today (5 May), with a brand campaign based around the central idea: ‘A work in progress since 1821’.

Meanwhile, to showcase the importance of period inclusivity, period subscription service Freda has brought out a documentary-style campaign that features trans and non-binary people who bleed.

Are you a creative with work that deserves recognition, a PR working on a great brand campaign, or an ad junkie with really good taste? If so, please email nominations to imogen.watson@thedrum.com to be considered for next week’s round-up.

The Guardian: A Work in Progress Since 1821 by Oliver To mark its 200th anniversary, The Guardian and Oliver devised brand campaign, titled 'A Work In Progress Since 1821'.

Celebrations include a series of articles, a festival of online events and a brand campaign that it created in-house, which highlights the Guardian’s unique role and voice, with a focus on its independent ownership, reputation for holding the powerful to account and commitment to hopeful ideas and imaginative solutions.

You can vote for the work here. The implications of the pandemic for mental health have been huge, so much so The Royal College of Psychiatrists has called it a “mental health crisis”. One area that doesn’t get enough airtime is the impact male body image has on young men.

On a mission to get more young men to feel comfortable talking about these sensitive issues, Calm has teamed up with Instagram on a series of interviews called ‘Calm Body Talks’.

When it comes to period care, not everyone is considered. From harmful misconceptions to the marginalization of trans and non-binary people, progress needs to be made in order to support all those who menstruate. To showcase the importance of period inclusivity, period subscription service Freda has launched a campaign for Cycle, its new range of products free from preconceptions.

Directed by Great Guns’ new signing Mar del Corral, the documentary-style campaign proves that no matter where or why, everyone deserves access to period products that keep us safe and happy – without compromising the values that are important to us.

‘Change Accelerated’ encapsulates Formula E’s vision to accelerate sustainable human progress through the power of electric racing. This strategic message is brought to life in a new campaign, created with Uncommon, which aims to capture this unique sport’s ability to excite next-generation sports fans by combining exciting on-track action with its role as a catalyst for positive change around the world.

Durex: The Uncomfortable Truth by Havas

The latest installment of Durex’s long-running ‘Let’s Lube’ campaign, ’The Uncomfortable Truth’, is the follow-up to 2019’s ’Let’s Lube’ and 2020’s ’Moist’. The ad aims to tackle misrepresentations of the female sexual experience and challenge stereotypes, attitudes and misunderstandings around vaginal dryness and uncomfortable sex – highlighting its ubiquity and normalizing the use of a simple solution, lubrication.

Unilever-owned soap brand Lux has put Caster Semenya at the center of its latest animated ad that seeks overturn her ban from the upcoming Olympics in the run-up to the games.

The spot, which features an animated Semenya, says that no one should be judged based on how they look, and is running globally on social media while also directing viewers to sign an online petition to get Semenya reinstated.

Extra Gum: For When It’s Time by Energy BBDO

As part of its new mission to help the UK public ‘Get Your Ding Back’ as they look ahead to a non-lockdown world, Mars Wrigley has portrayed an exaggerated version of the post-lockdown mood.

Excitement and a thrill for a non-socially distanced life is shown in a series of scenarios, including the demise of virtual work meetings, kissing passionately in public and returning to the morning commute.

The pandemic has had a profound impact on mental health in the UK, with one third of Brits admitting their mental health has worsened.

90% of those felt speaking to someone positively affected their situation, and so Three UK has partnered with the Samaritans on #BetterPhoneFriend to encourage the nation to become better listeners.

The campaign is devised to help people identify the traits that could prevent them from being great listeners, using a series of animated films. 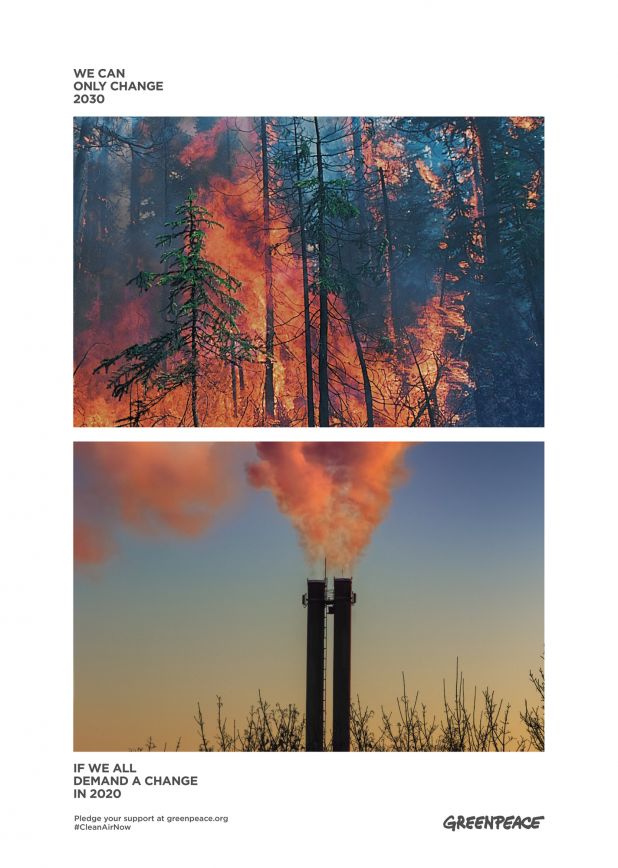 Air pollution has far-reaching effects on our climate, and efforts to curb harmful emissions are difficult and require time. Greenpeace, along with Ogilvy Hong Kong and Ogilvy Shanghai, has created a print campaign to show how pollution in one place can produce harm in others far away. The campaign urges people to join Greenpeace to demand clean air in the future. If we want 2030 to look different, we have to start now.

Mattel: A Doll Can Help Change the World by BBH

Barbie’s latest campaign, ‘A Doll Can Help Change the World’, is based on a neuroscience research study published in October that found kids playing with dolls can aid in developing their emotional, academic and social successes.

Created in partnership with creative agency BBH LA, the campaign spot features children playing with dolls, with questions panning across the screen such as: “What if every individual were more empathetic?”

The campaign adds to the Barbie brand’s larger efforts to evolve in response to various social and culture shifts of recent years. After receiving years of criticism regarding the potential impacts of Barbie’s appearance on children’s self-esteem and body image, the brand has taken a number of strides to expand representation and inclusivity in its product lines.