Creative Works: 10 of the best ads of the week, from Dove to Rankin

Before anyone could really prepare, the pandemic arrived and upended life as we knew it. After 12 long months living in ‘confusing times’, Burger King has imagined the state of mind felt by many as they try to re-enter ‘normal’ life after unprecedented captivity.

Created by Ogilvy, ’Reverse Selfie’ features a young girl locked into the artificial world of social media. We are introduced to her in the form of a highly edited photograph, that she has posted with the caption ’my new look’.

As the name suggests, the campaign is a story told in reverse, revealing which digital effects were used to create the image.

“The pressure of social media is harming our girls’ self-esteem,” states the ad. “More screen time during the pandemic has made things worse. Have the ‘selfie talk’ today.”

EA Sports and Channel 4: Inspiring the Next Generation of Footballers by Adam&EveDDB

The 2021 winner of Channel 4’s Diversity in Advertising Award is EA Sports’ campaign for Fifa 21, which highlights the lack of British Asian representation in professional football and celebrates grassroots football team the Midnight Ramadan League.

The ad, which was created in partnership with Adam&EveDDB, features Premier League star and newly-signed EA Sports Fifa Ambassador Hamza Choudhury – who is championing the game-changing impact of role models on future generations following research which shows only 0.25% of the UK’s 4,000 professional footballers are British Asians.

The spot explores the Midnight Ramadan League, a grassroots football team set up to help those who struggle to play during their Ramadan fast, with matches kicking off after Iftar and before Suhoor.

The Joy of Later Life Sex by Rankin

Two-thirds of over 65s say sex and intimacy for their age group is rarely represented in media, while the majority of people (60%) aren’t comfortable talking openly to anyone about sex and intimacy.

Rankin and the relationships charity Relate is determined to smash the age-old taboo by showing what sex and intimacy can mean in later life.

To get people thinking and talking about sex and intimacy, Rankin shot five older couples and one woman caught in their most intimate settings.

Nestlé’s Brazilian chocolate brand Nescau has launched the second stage of its sustainability initiative Joga Junto (Playing Together). As part of the project, the brand has presented a sensitive spot titled ‘Safira’.

The ad by Ogilvy Brazil uses a split-screen technique; on the left side, we see Safira growing up over the course of 20 years. Her appearance changes as she goes through life’s milestones from a baby to a grown and powerful woman.

On the other side of the screen, a plastic straw descends into the sea and embeds itself in a piece of coral – and there it sits for 20 years until Safira removes it.

‘A Coda Story’ tells the story of Tony, who is a ‘child of deaf adults’. He explains how he has always straddled two worlds.

Because of the pandemic, he hasn’t been able to see his parents in over a year. And so staying close is more important, but also more difficult, than ever.

The ad shows how, with the help of assistive technologies like Live Captions and Google Meet, Tony and his family are able to share the moments that matter most.

Sheba: 4 AM Stories by AMV BBDO

Over the past year, sleep patterns have suffered due to the anxieties and abnormalities of the pandemic, but they may have also shifted in response to something quite surprising: our cats.

Developed by AMV BBDO, the 4 AM Sleep-Inducing Film uses a combination of the best sleep techniques – including 20 minutes of body scans, ASMR voices, calm visual effects, meditation and soothing colors – to help cat parents get off their phones and get back to sleep.

With normalcy on the horizon, Eos is celebrating all those lame, awkward, frustrating moments we’ll finally get to do again in a light-at-the-end-of-the-tunnel campaign created in partnership with agency Mischief @ No Fixed Address.

The work follows a reactive campaign from the two earlier this month, where Eos dropped a limited-edition line of shave cream called ‘Bless Your F*ing Cooch’ in celebration of a TikTok creator whose post went viral.

The campaign, which will live on OTT, OLV and social, follows the journey of several people as they get ready to take on the world again – with a little help from Eos products like shave cream, lip balm and moisturizer.

Heineken: Better Together by Publicis As a long-time official sponsor of the Uefa Champions League and its fans, Heineken decided to take a stand and defend European football in a lighthearted way.

Heineken believes in openness and fair play, and that the actions that took place in the last couple of days threatened sportsmanship and turned football fans’ worlds upside down. 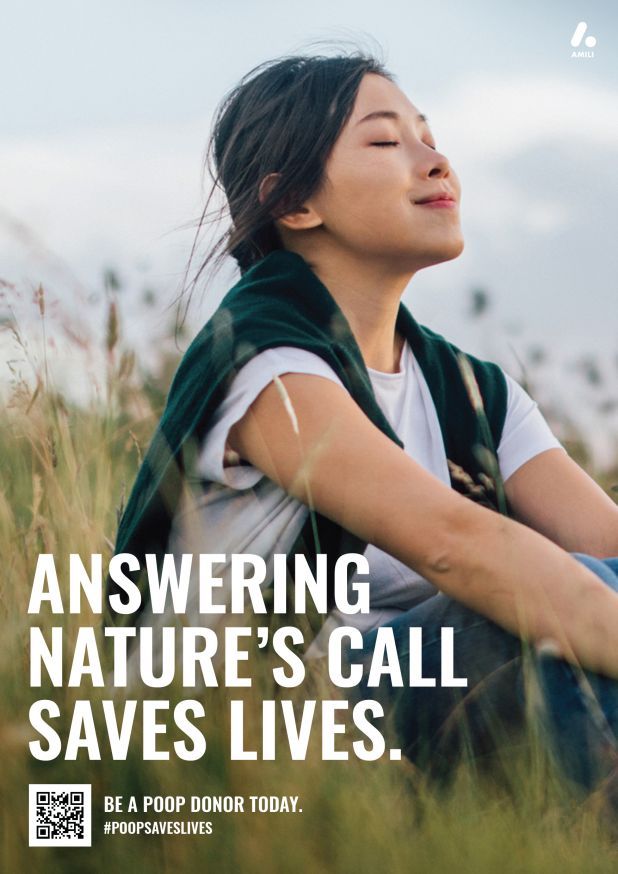 It is common knowledge that blood and organ donations can save lives. But did you know that your poop can save lives too? That’s precisely what Southeast Asia’s first precision gut microbiome company Asian Microbiome Library (AMILI) wants Singaporeans to know.

#PoopSavesLives is AMILI’s first ever awareness campaign, done in partnership with Wunderman Thompson Singapore and the National University Health System (NUHS). AMILI is partnering NUHS to advance microbiome science for human health in a number of research collaborations including for cancer, heart and liver diseases.

AMILI operates Singapore’s and Southeast Asia’s first stool bank for life-saving transplants. It is also a databank which serves as a hub for gut innovation and therapy. The campaign aims to get people in Singapore to share what happens behind the toilet door and donate their stool.