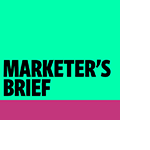 Welcome to the latest edition of Marketer's Brief, a quick take on marketing news, moves and trends from Ad Age's reporters and editors. Send tips/suggestions to eschultz@adage.com.

Kimberly-Clark Corp. will permanently discontinue a claim that Huggies Snug & Dry diapers go from “Wet to Dry in 10 Seconds” (or less) following a challenge by rival Procter & Gamble Co.’s Pampers before the National Advertising Division. Huggies agreed to ditch the claim, whose fine print said that it would take 10 seconds or less for its diapers to absorb fluid below the liner. The claim, which ran in online advertising and on packaging, was dropped before the NAD had a chance to review it on the merits—or before anyone could convene a panel of infants with stopwatches. K-C in a statement said it’s preparing new advertising for the product.

Burger King’s spokescharacter moonlights as an Uber Eats driver in a new campaign promoting the chain’s addition to the Uber Eats restaurants lineup. One spot shows the King picking up food at the drive-thru and delivering it to homes. The character went to homes in Los Angeles to deliver bags and gift cards to fans. Moments that were caught in doorbell camera footage including people taking a selfie with the silent character. BK worked with MullenLowe US on the campaign.

Four years after Jim Beam released an apple whiskey, Jack Daniel’s is following suit. Jack Daniel’s Tennessee Apple recently hit stores. A new TV ad from FCB called “Infinite Apple” will run on programming including National Football League games. FCB won a pitch to handle the launch back in April. Jack Daniel’s owner Brown-Forman is in the midst of a global creative agency review in which FCB is pitching. The Interpublic shop has long handled shopper marketing for Jack Daniel’s.

It’s a match made in the better-for-you snack aisle. Kind is making its first acquisition, buying Creative Snacks Co., a 10-year-old, family owned snack maker based in North Carolina. Creative Snacks makes snacks such as nut clusters, trail mixes and pretzels. The deal will help Kind crack into more categories more quickly than it could on its own.

Taco Bell’s “Steal A Base, Steal A Taco” promotion has a new twist for the 2019 World Series. Taco Bell teamed up with BetMGM on a “taco bet” prop bet that lets fans bet money on which player they think will be the first to steal a base. This is the first time the bet will be available, according to Taco Bell, which says it will be called the taco bet on MGM betting boards. Once someone does steal a base, Taco Bell will announce the specific day on which anyone (including non-bettors) can get a free nacho cheese Doritos Locos taco. In less-appetizing Taco Bell news, the company recalled some 2.3 million pounds of seasoned beef from restaurants and distribution centers that may contain metal shavings. The ground beef came from supplier Kenosha Beef International, which said no adverse effects from the product had been reported.

There are a lot of different ways to be a baller, but they all involve ice in LG’s new campaign from Ogilvy. The push, which includes a 30-second TV spot, is made to promote LG’s new ice-sphere-making “InstaView Door-in-Door Refrigerator with Craft Ice.” The commercial will run for the next five weeks, ahead of Black Friday. LG also hosted a series of experiential events in September. One pitted ice against ice with a drink competition between Vanilla Ice and Ice-T. The latter emerged victorious.

Transactions at U.S. restaurants are expected to be flat in 2019 after a flat August and September, according to NPD Group. Orders were up at the beginning of September, then flattened based on NPD’s data from 73 chains across fast food, fast-casual, midscale and casual dining. “Historically, September is a slower month for the restaurant industry, and this September there wasn’t any one promotion driving transactions,” David Portalatin, NPD food industry advisor, said in a statement. NPD did point out that a certain chicken sandwich war and summer travel boosted fast-feeder visits by 2 percent in August. Despite the hype of Popeyes’ sandwich, transactions across the broader restaurant industry remained flat that month.

Would you buy this?

Walkee Paws is selling dog leggings that the brand claims to be “both fashionable and functional” because they protect dog paws from germs and dirt. Prices range from $23.99 to $31.99. Woof!

Number of the week

63: percent decline in mentions of “CBD” on homepages and in emails from retailers in the U.S. over the last three months, according to a recent report on CBD’s peak from retail research firm Edited. Could the CBD boom be losing steam?

Julie Scott joined Cars.com as VP and general manager of national sales. She most recently led the branded content division for The Onion.