A cannabis CMO on why big agencies won’t work with him: Marketer’s Brief Podcast 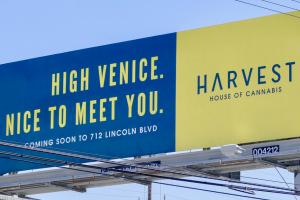 Kevin George runs marketing for Harvest Health and Recreation, one of the largest vertically integrated cannabis companies in the U.S. With brands like Cru and Evolab, the Arizona-based company is poised to get a major chunk of the more than $20 billion that U.S. consumers are expected to spend on legal cannabis within three years.

But George, who took the chief marketing job in January, has a hard time getting big agencies to work for him. “No holding company will buy media for me because they won’t work with cannabis companies because it’s federally illegal,” he says. “They would love to work with us. The challenge is their lawyers and their CFOs won’t allow it.”

On the latest edition of Ad Age's Marketer's Brief podcast, George talks about how Harvest is navigating these agency challenges and other barriers still present in the marijuana industry as it continues to creep into the mainstream. Harvest, which currently operates dispensaries in six states, has plans to grow its footprint to 16 states.

George, a former global CMO at liquor marketer Beam Suntory, joined Harvest after a three-year stint as president of marketing agency Mosaic. Like many executives moving into Cannabis, he had no prior experience in the industry, and says he does not even smoke pot. But he jumped at the chance to get in on the ground floor of an industry that is shaping up to be a powerhouse. U.S. consumer spending on legal cannabis is expected to reach $22.2 billion by 2022, according to a report by Arcview Market Research and BDS Analytics recently cited by Bloomberg.

The cannabis market remains a “black canvas in terms of brands,” George says on the podcast. “There are no national brands today;  they are very local brands,” he says. “For a marketer right now to be in this space, it is a dream, because you are building everything from scratch.”

George says he mostly works with small, independent agencies while most of the big agency players remain on the sidelines in the U.S. Harvest handles media buying in house, but he says that will likely change as the company grows.

“The first question we ask when an agency approaches us is, ‘Are you cannabis friendly?’ Usually it’s a salesperson or someone really eager and wanting to work with you because it’s a really growing space,” he says. “And then they start to work with you and then they go back and they go ‘wait a minute, we can’t work with these guys.’ ”

Ad Age recently reached out to the major holding companies and found that their approach to cannabis is mixed. An IPG spokesman confirmed the company does not work on cannabis accounts in the U.S.

Omnicom has provided limited services, including research, but has generally avoided advertising work. “Along with many others in the marketing industry, we are closely monitoring the cannabis industry and its evolving regulatory environment,” the company said in a statement. “Omnicom and our agencies will continue to comply with all state and federal laws as we assess opportunities to provide services to entities engaged in various aspects of the cannabis industry.”

But Mike Russell, U.S. chief growth officer for Dentsu Aegis Network, said: “Our doors are open to the rapidly growing cannabis category and we offer solutions that will drive business and brand growth. We have worked with cannabis companies in the past, are in talks with a few brands currently and look forward to having many future discussions as more players come into the fold.”

Spokespeople for WPP and Publicis Groupe did not immediately provide comment on their cannabis policies.

Agency involvement in marijuana is complicated by banking laws. Because marijuana remains illegal under federal law, “any contact with money that can be traced back to state marijuana operations could be considered money laundering and expose a bank to significant legal, operational and regulatory risk,” according to the American Bankers Association. The risk extends to banks working with entities that are indirectly tied to the cannabis industry, such as vendors like ad agencies.

But George says legislation working its way through Congress could give legal cover to agency involvement. He pointed to the so-called “States Act.” The bill, introduced by Senators Elizabeth Warren, D-Massachusetts, and Cory Gardner, R-Colorado, would limit federal intervention in states that have legalized marijuana.

In the podcast, George also explains why branding will become so important as cannabis continues to inch into the mainstream. Growing marijuana will become “almost a commodity at some point,” he says, noting the relatively small amount of space needed to farm it. “It’s not like you need acres and acres of stuff,” he says. “So the value will be in brands and people trusting brands to help them navigate or demystify...this new world of cannabis.”

George made a liquor analogy while articulating the opportunity: “This is the day after Prohibition. We are making history every day in terms of what we are doing and it is moving extremely fast.”