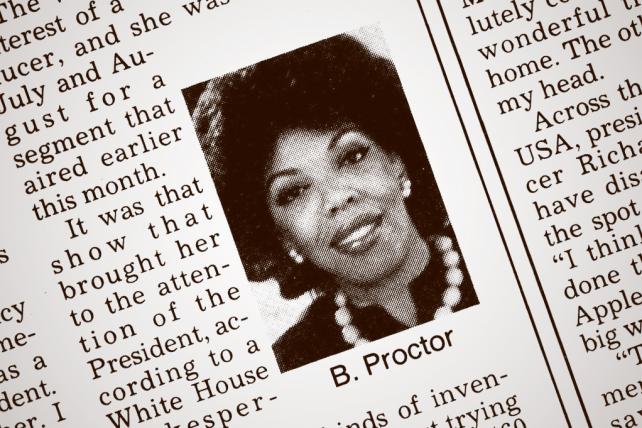 Barbara Gardner Proctor, a trailblazing Chicago businesswoman who brought the Beatles' music to Americaliterallyas a Vee-Jay Records executive, has died at 85, according to her son, Morgan.

He said she died Dec. 19 at Chicago's Fairmont Care Center after falling and injuring her hip, adding, "She was in the throes of dementia."

Proctor was best known as the founder, in 1970, of the first ad agency owned by an African-American woman. She borrowed $1,000 from a friend in the Count Basie Band and rented space above Pizzeria Uno. Her billings grew into the millions as she labored to land Jewel Food Stores and then Kraft and other mass-market consumer companies as clients.