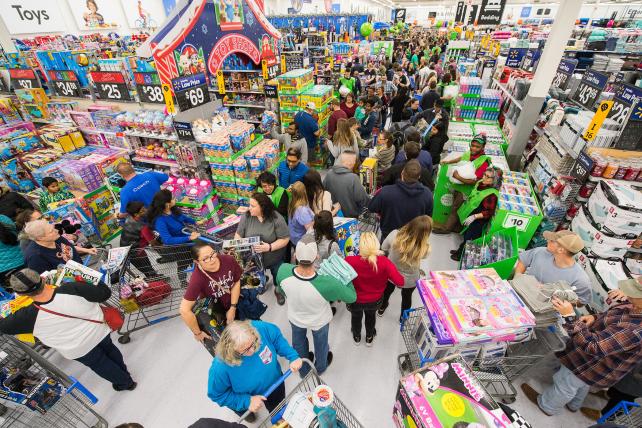 Sears' October bankruptcy filing echoes a common fate of traditional retailers after they reach the top. Like A&P before it, Sears didn't adapt to new competition fast enough, then began a decades-long spiral into Chapter 11.

As recently as five years ago, Walmart seemed poised to follow a similar path. Comparable-store sales growth had started slowing in the mid-aughts, then turned negative as the decade wore on. The Bentonville, Arkansas-based behemoth let Amazon get the jump on e-commerce, then passed on opportunities to catch up through acquisitions.

But by reinventing its strategy by investing in store improvements and, yes, acquisitions and more, Walmart has broken the pattern. It not only stopped the decline. It's growing again. The retailer posted its strongest showing in a decade in its fiscal 2019 second quarter, capping more than four years of consecutive quarterly same-store sales growth. Comparable-store sales were up 3.4 percent in the just-concluded fiscal third quarter, ahead of company targets. And Walmart's 43 percent growth in U.S. e-commerce in the third quarter (building on 60 percent growth the prior year) was well ahead of Amazon's North American pace, excluding the effect of acquiring Whole Foods.